What is the best time to visit Mecca? 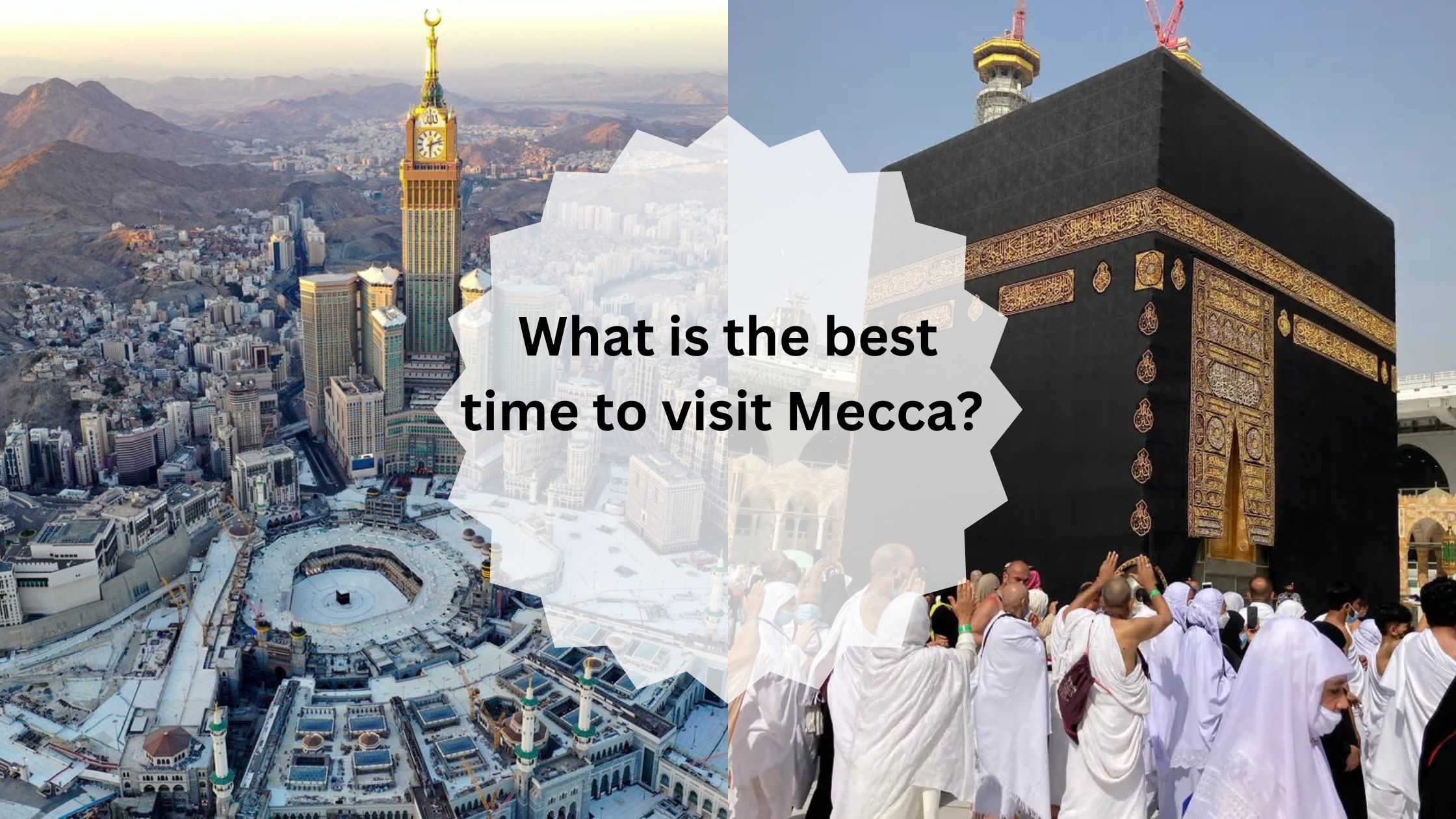 If you have decided to travel to Mecca in Saudi Arabia, you shouldn’t pass up this chance. Mecca, Saudi Arabia’s holy city, has several tourist attractions. In this scenario, study the following topic: “What is the best time to visit Mecca?”  This article will provide you with thorough instructions for a successful and enjoyable journey.

Mecca is a well-known holy city that doesn’t require an introduction. The sacred places like Masjid Haram and the Kaaba make it more famous. It’s the capital city of the Mecca region of Saudi Arabia. Furthermore, it’s the birthplace of our beloved Prophet Muhammad (PBUH). Other than non-Muslims, it’s the holiest city for Muslims. Travellers from all over the world frequently come to the city to perform pilgrimages. The Arabic language, which ranks among the most spoken languages in the world, contributes to its growing fame. Muslims can easily visit Mecca by booking their Umrah Packages.

To choose the suitable and best time to visit Mecca, we have to divide the whole year into seasons and Islamic events

Saudi Arabia is the largest state in the Middle East because of its vast territory. The majority of the regions on this continent have a desert climate, and Saudi Arabia is one of those countries.

The Arabian Peninsula faces four seasons in a single year:

The summer includes the months of June, July, and August. These months have hot weather with extremely high temperatures. During the summer, the daytime temperature reaches 48 °C, but it drops at night. It is the slowest season for tourism in Mecca, so lodging and other accommodations could be less expensive.

Additionally, summer is not the ideal season to undertake Umrah. Because visiting Ziyarat sites can be a tiring activity during this season. The floor of the Masjid Haram may also be warm.

Autumnal months are September, October, and November. This season separates both the summer and winter seasons. As a result, we can say that it is neither cool nor hot. Daytime temperatures have been recorded between 23 °C and 28 °C. Tourism is usually slow during this season, therefore hotel rates may be lower.

Typically, winter lasts from December until February. But December and January are the peak months of this season in Saudi Arabia. Although February is also considered a winter month, it is not as cold as December and January. The daytime temperature at this time can range between 7 °C and 19 °C.

Winter is also considered the best season to perform Umrah. This season is appropriate for those Muslims who live in the UK and other western countries. They can easily undertake a minor pilgrimage due to the Christmas holidays.

March and April are spring months. During these months, the temperature increases quickly every day. Daytime temperatures range between 23 °C and 32 °C.

Many pilgrims prefer performing Umrah during the months of spring, when the temperature is neither bitterly cold nor scorching hot. Easter is a special occasion that occurs in April. It is another event for Muslims in Europe, so doing Umrah during this time will be good and a bit costly.

There are two important occasions for Muslims when they go to Mecca to perform their religious pilgrimages in large numbers:

Ramadan is the holy month of fasting, meditation, and prayer. Muslims try to do more good deeds to receive more rewards from Allah Almighty. Performing Umrah during Ramadan is a memorable event. The best way to achieve the highest level of spirituality is to visit Mecca and Medina during the fasting month. Therefore, many Muslims go to Saudi Arabia to complete their religious duties during Ramadan by booking Ramadan Umrah Packages.

Hajj is an annual pilgrimage during which Muslims spend five days in specific areas of Mecca and Medina. This pilgrimage has no fixed dates. Sometimes, it takes place in summer or winter, and so on. It is the world’s largest religious gathering. Hajj is the fifth pillar of Islam.

The best time to visit Mecca is in December or April. Winter is ideal for travellers because the daytime temperature is pleasant. So that’s why most peoples book their December Umrah Packages. But every month is the best to travel to Mecca if you are physically and financially stable.

5 Best Skincare Products That Take Good Care Of Your Skin

How to use Ladies Scarves as Headwrap or Hair Accessory

Types of Sofa Sets For Your Home