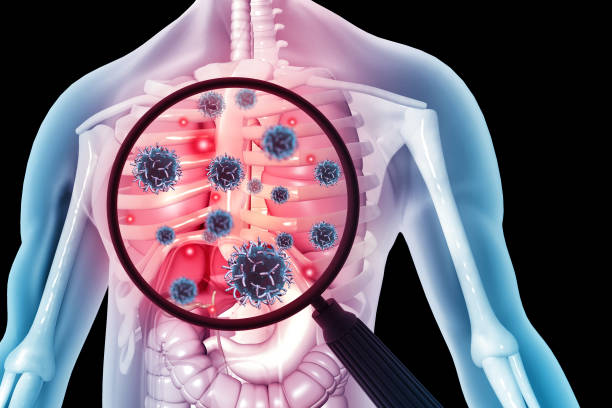 Coughing is a natural reflex that helps clear the airways of irritants and mucus. There are many different types of coughs, each with their own set of causes and symptoms. Some of the most common 4 types of coughs include acute, chronic, wet, dry, productive, non-productive, chesty, bronchitis, asthmatic, and whooping coughs.

Acute cough is a sudden and short-term cough that usually lasts for less than 3 weeks. This type of cough is usually caused by a viral or bacterial infection, such as the common cold, the flu, or pneumonia. Symptoms of an acute cough may include a sore throat, runny nose, and chest congestion.

Chronic cough, on the other hand, is a long-term cough that lasts for more than 8 weeks. This type of cough may be caused by a variety of underlying conditions, such as asthma, chronic obstructive pulmonary disease (COPD), or gastroesophageal reflux disease (GERD). Symptoms of a chronic cough may include chest tightness, shortness of breath, and a persistent need to clear the throat.

A wet cough, also called a productive cough, is characterized by the presence of phlegm or mucus when coughing. This type of cough is typically caused by a chest infection, such as bronchitis or pneumonia, and is often accompanied by other symptoms, such as chest pain and fever.

A dry cough, also called a non-productive cough, is characterized by the absence of phlegm or mucus when coughing. This type of cough is often caused by an irritation in the throat or airways, such as from cigarette smoke or air pollution.

Productive cough is the one that produces phlegm and sputum, which is caused by a cold, the flu, or a bacterial infection. It helps in removing mucus and other secretions from the respiratory tract.

Non-Productive Cough, on the other hand, is the one that does not produce phlegm and sputum, It is more commonly caused by irritants such as smoke, pollution, and certain medications.

Chesty cough, also known as a mucus cough, is one that brings up phlegm from deep within the chest. It is often caused by an infection, such as bronchitis, or a chronic lung condition, such as COPD.

Bronchitis Cough, a type of chesty cough, is specifically caused by inflammation of the bronchi, the airways that lead to the lungs. It is characterized by the production of a lot of phlegm or mucus and can also cause chest tightness and difficulty breathing.

Asthmatic Cough, is a symptom of asthma, a chronic lung condition characterized by inflammation and narrowing of the airways. It is typically a dry cough that worsens at night or early in the morning.

Whooping Cough, also known as pertussis, is a highly contagious bacterial infection that affects the respiratory system. It is characterized by severe coughing spells that end with a “whooping” sound when the person breathes in.

5 Telling Signs You Might Need to See a Chiropractor

Try These Back Pain Relief Methods

10 Steps On How To Publish A Book