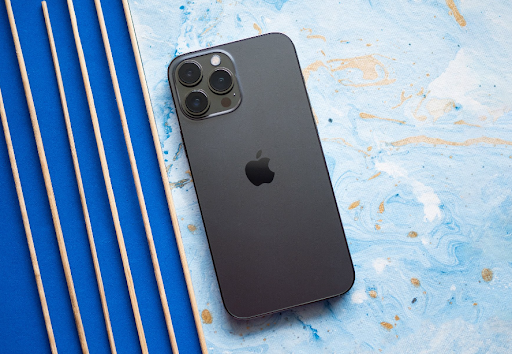 Almost everyone knows that buying an iPhone in Pakistan isn’t as simple as it looks. The reason behind it is that imported iPhones or other brands of mobile phones need to get PTA approval to make calls or send messages.

That’s why many people wonder if buying a used iPhone 13 Pro Max in Pakistan from abroad is illegal. Today, I’ll be answering this very question and much more.

In this article, I’ll be covering the following:

You might be asking yourself, “What the hell is PTA approval?” No worries, I’ll start from there.

PTA Approval: What Is It

The term PTA approval means to get your communication device approved by PTA (Pakistan Telecommunication Authority) to use in Pakitan. It’s for this reason that you might hear terms like PTA phone or Non-PTA phone.

The PTA reserves the right to approve or reject any device that is brought into the Pakistani market. It seeks to ensure that all products meet certain standards of safety and quality control before they are released into circulation, and the iPhone 13 Pro Max is no exception.

The manufacturers of the phone must provide a list of features that have been tested according to relevant Pakistani regulations, as well as a user manual to get approval. Once the product has been approved, PTA can issue a registration number which must be affixed to the product as proof of its legal status. Ultimately, PTA approval helps ensure that all products available on the market meet certain safety and quality requirements and provide reliable service to customers.

It doesn’t matter if the device is brand new or old. If it isn’t PTA approved, you won’t be able to make calls using your sim. However, getting the PTA approval isn’t cheap. The price may differ depending on if you use your CNIC or your passport, but the difference isn’t much. Buying one of these luxurious smartphones can cost you a small fortune.

Is It Illegal to Buy a Used iPhone 13 Pro Max in Pakistan?

All right! Now let’s move to the main question at hand. Simply put, the answer is “No.” It is not illegal for you to buy a used iPhone 13 Pro Max in Pakistan from abroad. Granted, you do need to get PTA approval for the device, but if you’ve bought it through legal means and have given all the import taxes, you’re not in danger.

I just bought the iPhone 12 Pro version from WIse Market Pakistan, and it’s Non-PTA. However, since it came through legal means, I can still use the device as I like. As long as I have an internet connection, I can make calls using different apps such as Facebook, WhatsApp, etc.

Furthermore, I can also use it as I would use a normal PTA-approved iPhone with the limitations of using a sim in it. However, if you buy a new iPhone 13 Pro Max which hasn’t been sim activated, you’ll be able to use your sim for a few months, but after that time period, you won’t be able to use the sim without PTA approval.

Such devices are illegal because they are a major security risk. You won’t be able to use any banking apps on such phones, and you can get in trouble for using it.

I personally knew a guy who bought not one but two patched phones. The first one wasn’t working fine, and it stopped working after a few months. His second purchase, however, resulted in a lot of police involvement.

I won’t go into much detail but know this it took several court trials to clear his name, and he swore off ever using a patched phone.

Overall, As long as you buy a used iPhone 13 Pro Max through legal means, it doesn’t matter. Even if it’s Non-PTA, the device will work fine. As I said before, I’m also using a Non-PTA iPhone, and except for a few restrictions, it’s completely legal.

If you’re looking to purchase a used iPhone 13 Pro Max, I recommend checking out Wise Market Pakistan. I bought mine from them, and I can say with certainty that they’ve provided me with the best-condition used phone in the market.

I even tested the device by plugging it into my system and checking if they had replaced any parts. It told me that all the parts were original, and they never opened the device. Furthermore, if iPhones aren’t to your liking, they also have an impressive collection of Androids ranging from Samsung to Tecno in both new and used condition. So what are you waiting for? Go to Wise Market Pakistan and get the best devices for the best prices. Plus, they also have an impressive blog section for every type of tech info.